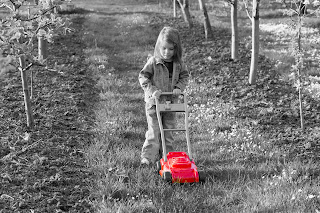 If you’re in the pay-for-chores camp, how do you decide the going rate? You can make it up, ask other parents in your network, rely on survey data, or calibrate using actual data. A mixture of all four might be the way to go.

On the survey side, Country Financial released new stats this month.

I decided to see how their survey stats stack up to the actual data we see from current, paying FamZoo families. I say “paying”, because free trial families might just be messing around. Paying families are serious. As they say, “money talks, bullcorn walks.”

For our data, I include the average as well as the maximum, minimum, and median.

Pay attention to the median. It’s the number you would find if you lined up all the amounts from lowest to highest and picked the one in the middle such that half of the numbers are on the left and half are on the right. When the median is lower than the average, you’ve got some big outlier numbers on the right that you may want to ignore.

The bottom line: use stats as a sanity check when calibrating chore payments, but ditch the outliers, favor actual data over survey data, and factor in your own judgement to get the best results.

Come to think of it, that’s a good maxim to share with your kids in general.