Warn Your Kids About The Tyranny Of Stuff 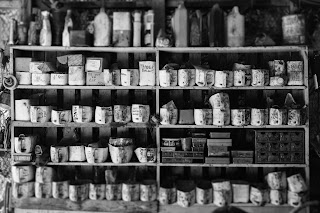 Our stuff. It’s piling up everywhere.

We consume so much stuff, we’re consumed by it.

In this classic comedy sketch, George Carlin theorizes that the meaning of modern life is nothing more than “trying to find a place for your stuff.”

As George points out, our stuff is so ridiculously out of control that an entire industry has been created around storing it. In fact, the projected revenue of the self-storage industry in 2016 is over $30 billion. Yikes. That’s one heck of a lot of stuff.

Remind your kids that owning a lot of stuff is just a burden. Let them know that, in many cases, less is more. More freedom.

“The more you own, the more it owns you.”

Maybe it’s time to sit down with your kids and ditch (or donate or sell) some stuff.