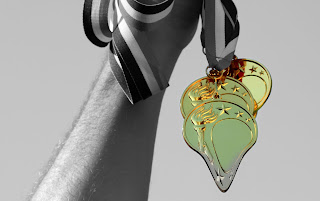 There’s one financial asset that every teen has an equal opportunity to grow and protect: a reputation. Unfortunately, many teens don’t make the connection between reputation and financial well-being until it’s too late.

A consistent track record of reliability, honesty, and diligence translates directly into increased earning power. Anyone who’s hired an employee or contracted a service knows that truth.

Yes, knowledge and skill are important, but employers and customers place enormous value on a solid reputation. And a bad reputation can overshadow even the most exceptional capabilities.

A solid reputation can take years to build, and just seconds to destroy. Your golden financial asset can drop to zero in a heartbeat.

Sadly, the Games of the 31st Olympiad showcased an extreme example. Ryan Lochte built a golden reputation over 32 years of athletic discipline and achievement. He rightfully parlayed that reputation into millions in financial security through decade long relationships with top-tier sponsors like Speedo and Ralph Lauren. He destroyed that multi-million dollar asset in one night of partying and deceit in Rio.

Make sure your teens watch Ryan’s tearful interview with Matt Lauer for the full, raw effect.

That’s an important cautionary meltdown for your teens to see before that next edgy social media post. That next overindulgence. That next half-truth. Stop. Think. What you’re about to do or say — is it really worth it? Ryan found out the answer the hard way.

Remind your teens to guard a reputation like the valuable gold that it is.