Add Consequences To Allowance With A Chore Fail Chart 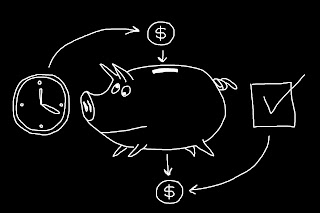 You want your kids to get hands-on practice with money management early on.

But your kids are too young to get a real job.

How about paying your youngsters for chores?

No. You expect your kids to complete everyday chores without compensation. After all, that’s part of being a contributing member of your household. Besides, managing a detailed chore chart is one more hassle to cram into your already overloaded parenting regimen.

How about giving your kids an allowance?

No. You don’t like the idea of a hand-out. Besides, blowing off chores should have consequences. Kids shouldn’t get off scot-free when shirking responsibilities.

What to do? Allowance or chore chart?

Try combining a variation of both: a budget-based allowance and a chore “fail” chart.

I describe how you can treat an allowance like a budget instead of a hand-out in the post, Fix The Way You’re Doing Your Kid’s Allowance.

The added bonus is less hassle. The regular allowance runs itself, and you only need to interact with a chore fail chart when chores are being ignored instead of completed. Unless your kid is in full-on rebellion mode (teens anyone?), that means checking a lot fewer boxes.

By the way, if you don’t care for the idea of monetary penalties, you can deduct privileges on your chore fail chart instead — like online gaming time. But that can get a little more complicated to track and manage.

The ease of an allowance without the entitlement. The accountability of a chore chart without the hassle. Coupling a budget-based allowance with a chore fail chart might just solve your pay-for-chores versus give-an-allowance dilemma.