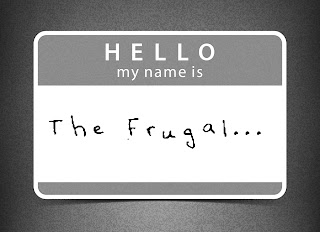 Are you struggling to turn your kid’s positive money behavior into a consistent habit? Maybe your kid just doesn’t think frugal behavior is “cool” or relevant.

Try fusing the behavior with part of your child’s core sense of identity. That’s one of the 21 habit forming strategies described in Gretchen Rubin’s book Better Than Before.

Here’s how it works. Let’s say your kid is really into rap. Encourage your kid to identify as the “frugal rapper.” Sound crazy? After all, rapping and frugality are in conflict, right? Well, that’s exactly what rapper Dee-1 did. Check out the frugal rapper’s story here.

Is your kid a rocker? How about identifying as a frugal rocker like the members of the band Gooding.

Is your kid into sports? How about identifying as a frugal star athlete like Redskins quarterback Kirk Cousins?

Just a typical teen? How about identifying as a teen who’s “got cents” like Eva Baker?

I adopted the identity strategy early in my Silicon Valley career. In the land of fancy gadgets and even fancier cars, I was the outlier: the software executive with the boring but functional car — the cheap sedan import. My colleagues sporting BMWs and Mercedes loved to razz me. After riding in my car one day, my bemused boss even asked me, “Don’t I pay you enough?”

A string of modest used cars later, it’s still part of my persona. I just choose to spend my discretionary funds on other things. Things I really care about, like my family and my home. Self identifying as the “software guy with the crappy car” helped me resist the occasional fleeting temptation to buy a fancier car when my heart really wasn’t in it.

The bottom line: when good money habits are a part of your core identity, it makes it much easier to resist financial temptation and peer pressure.

What frugal persona can you help your kid adopt?