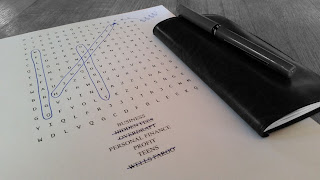 Your teens are old enough to know that businesses can’t survive long if they don’t make money.

So, if a mature business offers a service for free, it’s making money elsewhere. Savvy consumers figure out where. Then they remain on guard for the inevitable promotion of that other thing. And its promotion can be extremely subtle, if not downright shifty.

Free checking services from banks are a perfect example.

If a checking account doesn’t have a monthly service fee, where are banks making their money?

So what should savvy banking consumers be on their guard for? Sneaky ways to get them to cough up overdraft fees.

Such as the cynically named “overdraft protection service.”

If you want to avoid overdraft fees, surely it makes sense to have “overdraft protection”, right?

The overdraft “protection” option is the very mechanism banks use to convince consumers to “opt in” to paying unnecessary overdraft fees. Why? Because since Regulation E passed, consumers have to explicitly opt in to be charged overdraft fees in most cases.

Why would anyone opt in to paying fees? Because they’re confused. Ironically, you have to opt out of all overdraft protection options to protect against overdraft fees.

And don’t expect your bank teller to make that clear. If anything, expect the opposite. Don’t believe me? Read this.

In fact, just last month, my colleague walked into that very same bank to tell them in no uncertain terms that he did not want any overdraft fees assessed to his son’s checking account. The branch employee assured him that overdraft protection services had been dropped. My colleague walked out thinking the matter was settled.

But, nooOOOoooOOO. A week or so later: another overdraft fee. What?

On to the 1-800 customer support line. Ahhh, it turns out the branch employee cancelled one overdraft protection service (the savings account linkage to checking), but not the other (debit card protection). Mind you, my colleague made the goal very clear the first time: NO avoidable overdraft fees on his son’s account in accordance with Regulation E. In any case, problem solved now, right?

NoooOOOooo. Days later: yet another overdraft fee. What the...?

So, back to the 1-800 number. When my colleague expressed his exasperation at being charged yet another overdraft fee, it triggered an escalation to a dispute manager. Apparently, “you guys already have a bit of a reputation for fleecing customers” is a hostile “trigger” phrase. The dispute manager was in turn unhelpful, defensive, and, it turns out, uninformed about the nuances of overdraft regulations.

SoooOOOooo, back to the local branch. My colleague called to make a second local appointment to hash things out in person with the branch manager. Fortunately, during the call, the manager finally realized that the last overdraft fee only occurred because the removal of the debit card protection takes several days before it goes into effect. The overdraft had come in during that delay. Well, that at least explains it. But the mind boggles that such delays exist in the Internet age, doesn’t it? Hmmm... fishy.

The point of the story? Let your teen know that if a service is free, you can bet there are hidden fees elsewhere. Find them. Know that business will go to extreme lengths — sometimes even illegal ones — to get you to pay them, so remain vigilant.

Ironically, a free service can be more expensive than a paid one — especially for those consumers who can least afford it. In the free checking case, it’s the consumers with chronically low balances who are subsidizing the service for the others.

And who’s a classic consumer class with low balances? That’s right. Your teens.